In the age of Donald Trump, it is only a matter of time before American Airlines faces some serious threats to its dominance. However, if you think about it from an airline’s perspective — with airlines already in decline and competition on the rise — these developments may not be as bad for them as they seem at first glance. 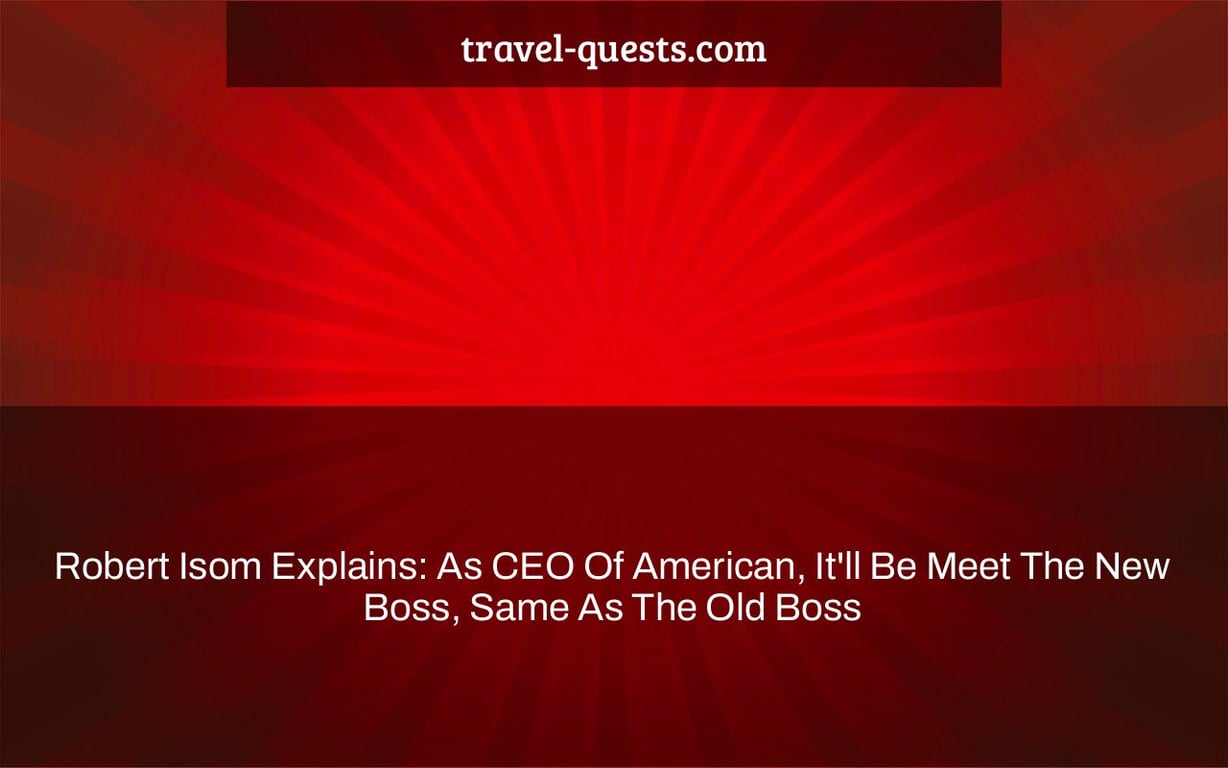 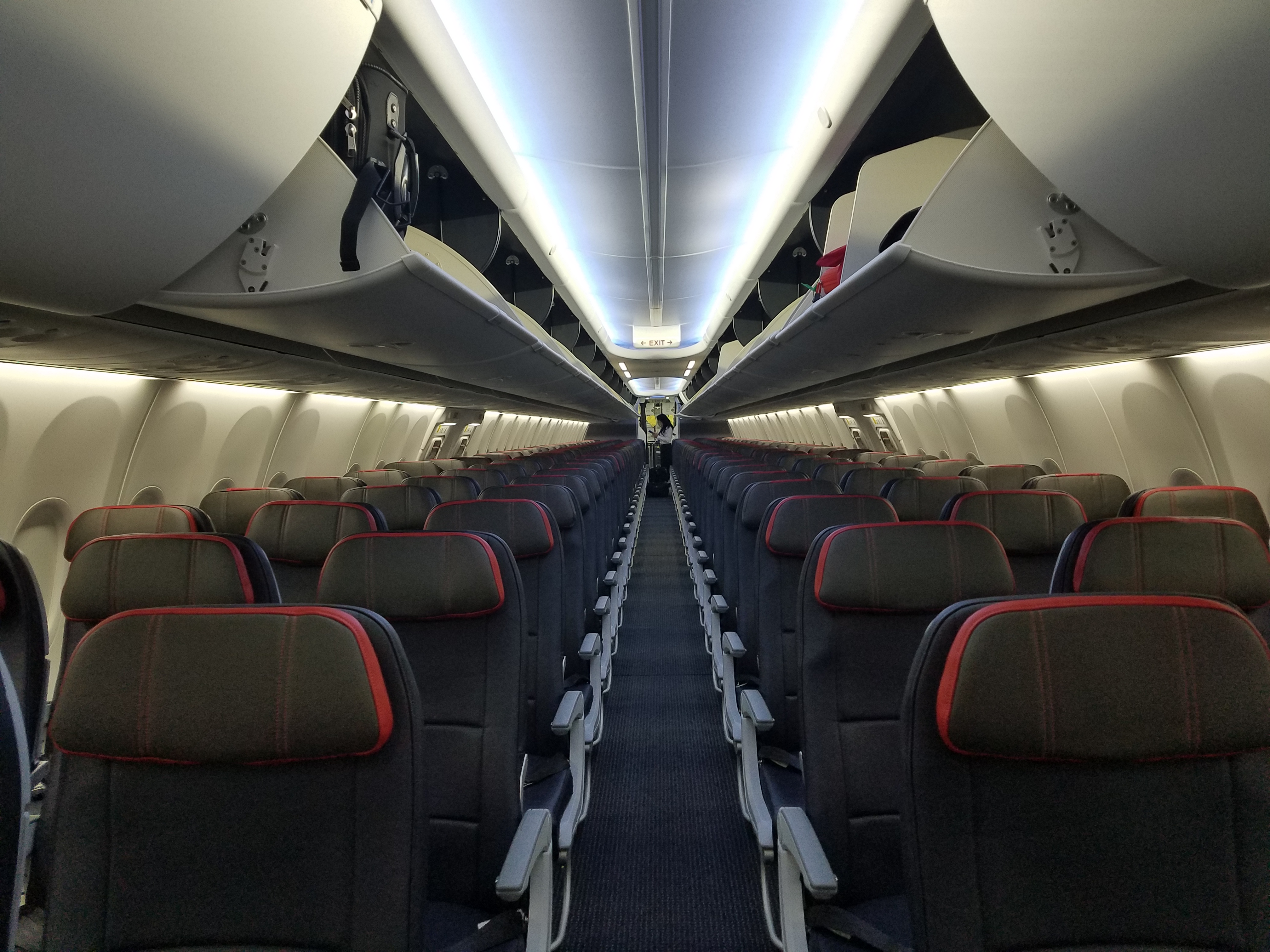 As CEO of American, Robert Isom says, “It’ll be Meet The New Boss, Same As The Old Boss.”

When American Airlines let go of Scott Kirby in 2016, Robert Isom was tapped as the airline’s new CEO (who is now CEO of United). Based on business leaks, this was supposed to happen in 2021, and then existing CEO Doug Parker earned the Wings Club’s lifetime achievement award in late October – he was retiring in everything except the announcement.

Doug Parker will continue to serve as Chairman and CEO until March 31, when he will transition to non-executive Chairman and Isom will take over as CEO. I presented him with a plan for his new position if he chose to accept it.

He addressed how he sees himself moving into the post and what his goal is during an internal staff meeting last week (a tape of which was accessed by View From The Wing). Some have speculated that it isn’t just a case of’meet the new boss, same as the old boss.’ He used to follow orders from others, but now he’s in charge. But he made it plain that he views things differently, saying that he was involved in all of the airline’s significant choices over the last several years and that his appointment as CEO is about continuity rather than change.

“I’ve been President for the previous 5 years,” Robert Isom said of his CEO transition. “I’ve been doing this job for a long time,” Doug stated as he raised his hand to the Board. He said that he was certain that all staff would join him in applauding Doug Parker. (None of them did.)

He also said that we would find out shortly who will succeed him as President, as well as other leadership changes. Vasu Raja (who is still relatively new to senior leadership, brilliant but with some obvious blind spots) seems to be favored over Chief Operating Officer David Seymour, who has been with Isom for longer and has consistently failed upward. It’ll be an intriguing test, as well as finding out who else could be departing besides Elise Eberwein.

More information on how we connect with the company with our leadership team will be released in the next week. The good news is that I’ve received promises from the team to go all out and achieve our objectives.

As the airline’s new head, a flight attendant inquired about Isom’s vision for the company. He also said that he is a continuation of current objectives.

For the last five years, I’ve served as President. That’s a significant amount of time. And I’ve been a part of every strategic choice this organization has made for the better, as well as through some tough moments.

So my vision is in line with our mission, which is to care for individuals as they go through life. Right now, it’s all about reacquainting them with a dependable product. That is certainly what we must do in order to offer to others, and it is also how we take care of ourselves. It’s how you may have some predictability in your schedule. It’s how you may have a better experience with other passengers on the plane. Then, at the end of the year, we must ensure that American Airlines returns to profitability.

We have no choice. That’s another one where if we don’t do it, it will affect our job security as well as what we want to accomplish for our consumers. But it isn’t enough to keep things going. Those are the top priorities right now. We need to be on a mission to make American Airlines the top airline in the world. And I’m dead serious about it.

We’ve worked really hard over the past several years to put American in the best possible position. We have the most extensive network in the industry. I adore how we’ve set ourselves up at home and how we’re getting the most out of our hubby. Because of the relationships we’ve built to augment, we’re able to fly to places we couldn’t before because we wouldn’t have been able to connect demand, and we’re in a really good network position with JetBlue and Alaska, as well as some of the relationships we’re trying to establish in South America.

…As well as the fact that we have the most modern fleet in the industry, and that we’ve positioned ourselves to weather the remainder of the epidemic with the type of cash we’ll need. Look, we’re at a fantastic location. Finally, we want to be able to provide clients with an experience.

A pilot inquired about the airline’s goal to make culture a competitive advantage, implying that most workers have never heard of it and those who have had no idea what it means. And Isom argues the same thing, but with a stronger emphasis on the bottom line.

It’s approximately the same as it was four years ago, if not earlier. We need to find out a means to look after our staff. We have to look after our customers. And we must find a method to ensure that America’s financial performance continues to improve over time.

…Our company’s mission is to care for individuals on their life’s journey…but our staff can’t be cared for until American is financially secure. Right now, I’m laser-focused on getting out of losses and putting America on a path to long-term success.

American has underperformed the industry in terms of financial performance, which has irritated stockholders. Customers and workers have been enraged. They’ve mostly concentrated on operational dependability, but haven’t delivered on that promise, instead offering a’me too’ (but somewhat less) inflight product. Because of their sagging financials and crushing debt, they don’t have a plan for gaining a revenue premium over rivals. So far, it doesn’t seem that Isom believes the present course is unsustainable in the long run.

How Travelers Can Visit Turks and Caicos on a Budget