Carnival may be associated with its cruise line of the same name, but it is much more than that. It is best known for its budget-friendly, fun-oriented cruise line for families.

So, which cruise lines are owned by Carnival? Who owns the Carnival brand as a whole? How did Carnival manage to acquire such a diverse fleet of cruise ships?

We’re here to answer any questions you may have regarding Carnival Corporation and the cruise lines it owns.

Carnival Cruise Lines is a cruise line that specializes in

First and foremost, there’s the brand that began it all. If you’re wondering who owns the Carnival cruise line, you don’t have to look far since the answer is there in front of you.

Also see: What Are the Differences Between Royal Caribbean and Carnival Cruise Lines?

Carnival Cruise Line now has more than 20 ships in its fleet, with sister ships to the newly announced Mardi Gras scheduled to debut in 2022 and 2023. The first of these ships, Carnival Celebration, is set to debut during the cruise line’s 50th anniversary celebrations.

Holland America Line is a cruise line that travels around the

The Dutch business ran not just passenger ships but also shipping lines between Europe and the Americas, transporting people and commodities. However, in 1895, Holland America Line began offering holiday cruises, with one of its first voyages taking passengers from New York to Palestine.

Of course, Holland America Line, like many other lines throughout the two World Wars, volunteered to carry military troops in the 1930s and 1940s. However, when transatlantic air travel grew more popular, Holland America Line discontinued its transportation services in favor of cargo shipping, which it did until the 1970s when it was sold. All that was left was leisure travel, thus Carnival Corporation stepped up and bought the line in 1989.

Carnival now utilizes Holland America Line to provide top-of-the-line cruise experiences in Europe and across the Atlantic. The line consists of 11 cruise ships, the most current of which is the MS Rotterdam.

Seabourn is another another cruise line that Carnival Corporation acquired shortly after becoming public. Seabourn, unlike Holland America Line, does not have nearly as lengthy of a history. Seabourn, on the other hand, was established only a few years before Carnival’s purchase, with the first ship entering operation in 1988.

The Norwegian-owned company struggled early on, with subsequent ships being delayed owing to financial limitations and assets being auctioned off by 1990. Carnival Corporation stepped in and bought a 25% interest in the business at the time, followed by a 50% holding in 1996. As a consequence, the company, which was becoming recognized as a premium cruise line, grew in popularity. Carnival completed the acquisition of the remaining 50% of the business in 1998.

Seabourn is a smaller line, with just five ships in service and two more in the works, the Seabourn Venture and Seabourn Pursuit.

Seabourn is still recognized today as an ultra-luxury small-ship cruise company that regularly gets plaudits from travel magazines like Conde Nast Traveler and Travel & Leisure.

Costa Cruises is a company that specializes in luxury cruise

Costa Cruises was acquired in 2000, another quick acquisition during Carnival Corporation’s early days. Costa, like Holland America, has a long and illustrious history dating back to the 1800s. Costa is, in reality, older than Holland America, which was established in 1854.

Costa Cruises Rebrands With New Experiences and a New Logo

Costa Cruises was founded in Italy and was concentrated only on cargo transportation, mainly olives and linens. Costa did not begin passenger travel between Europe and South America until the mid-1900s.

Riccardo Arata of Shutterstock.com contributed to this image.

Costa entered the cruise industry a decade after passenger services started, offering leisure excursions across the Mediterranean and Caribbean. Costa was the largest cruise line in Europe at the time Carnival acquired 50% of the company in 1997. Carnival would eventually buy the line outright in 2000.

The Costa Cruises line still caters mainly to the European market today. Costa’s fleet consists of a dozen ships, with one more in the works, the Costa Toscana.

Cunard, on the other hand, is Carnival’s second-oldest cruise line, with one of the most illustrious histories.

Cunard Line was founded in 1839 by Samuel Cunard, who obtained a contract to carry mail for Britain across the Atlantic. He extended his services to carry mail between Liverpool, Halifax, and Boston with the help of Glasgow partners.

Cunard eventually entered the passenger ship business, and constructed some of its most renowned ships, including the Lusitania, which was tragically destroyed by a German U-Boat in 1915, at the commencement of World War I. Cunard constructed the Queen Mary and Queen Elizabeth in the 1930s with the help of government funds, which were granted on the condition that Cunard combine with the British White Star Line.

Cunard tried to better fulfill market demands by establishing an airline as transatlantic passenger ship traffic decreased (that was unsuccessful). The company subsequently shifted its focus to cruising, launching the Queen Elizabeth 2 to complement the Queen Mary and Queen Elizabeth. Carnival bought 62 percent of the line in 1998, and the remaining proportion in 1999.

Princess Cruises, the second-largest cruise company by net revenue a few years ago, is considerably younger than the cruise lines listed above. Princess Trips was founded in 1965 to service the Mexican Riviera, but quickly expanded to include Alaskan cruises.

Princess Cruises, on the other hand, was purchased less than a decade after its founding, in 1974, but not by Carnival. Instead, P&O, a British company, became Princess Cruises’ first new owner, and the company expanded the brand by leaps and bounds.

P&O Cruises, on the other hand, has a lengthy history. P&O is Carnival’s oldest cruise line, having been founded in 1822. It began as a shipping and transportation business, but by 1844, it had expanded to include passenger services and luxury cruises, sailing from Southampton to the Mediterranean and then on to even more exotic destinations like Alexandria and Constantinople.

What about AIDA, though?

Finally, as P&O made its way around the globe scooping up cruise lines, it stopped in Germany to take up AIDA Cruises, a line similar to Princess that was established in the 1960s. AIDA cruises, which cater to youthful party-goers, were an excellent match for its portfolio and then an even better fit for Carnival’s portfolio afterwards.

P&O bought 51 percent of AIDA in 2000 and the remaining 49 percent in 2001, near to the time of its merger with Carnival. Carnival’s merger with P&O resulted in AIDA becoming yet another Carnival cruise line only two years later, in 2003.

AIDA now runs over a dozen cruise ships, the most current of which is the AIDAcosma.

While the cruise lines listed above are those that Carnival presently owns, the company has set aside a significant sum of money in the past to acquire other cruise companies that it did not keep for long.

Carnival, on the other hand, sold the cruise line for $100 million to Ambassadors International (an educational travel business that no longer exists, having filed for bankruptcy in 2011). Windstar is currently owned by a subsidiary private holding corporation.

Following the major merger, Carnival has also sold or liquidated several of P&O Princess’s brands throughout the years. Carnival sold A’Rosa Cruises, a German river cruise line, in 2003; Ocean Village was dissolved in 2010; and Swan Hellenic, a cultural and historical cruise line, was closed in 2007.

Over the past 50 years, Carnival has established and abandoned many cruise lines. Fathom, a social impact cruise line launched by Carnival Corporation in 2015, was decommissioned in 2018.

Fiesta Marina Cruises was a Spanish-language cruise company that went out of business a year after it was founded in the early 1990s. Ibero Cruises, based in Madrid, was also targeted to Spanish speakers, but it lasted a bit longer than Fiesta Marina, approximately 11 years until going out of business.

What’s the Difference Between a Titanic and a Modern Cruise Ship?

So, how does this affect you?

In layman’s terms, this implies that Carnival has a lot of cruising expertise, so you should feel comfortable and secure traveling with them, regardless of which of the aforementioned cruise lines you choose. It also implies that if you’re not a big fan of how Carnival operates, you may want to avoid the above.

Whatever your cruising tastes, one thing is certain: as Carnival Corporation enters its 50th year of operation, it does not seem to be going away anytime soon.

What is the biggest cruise line owned by Carnival?

The Carnival Cruise Line is the biggest Carnival Corporation line, with over 20 ships in its fleet.

Carnival Corporation is headquartered in Miami and has regional offices all over the world.

Carnival Corporation is one of the largest cruise companies in the world. It owns over 20 cruise lines and has a fleet of more than 100 ships. Reference: carnival corporation news.

Are Royal Caribbean and Carnival owned by the same company?

Does Norwegian own carnival?

Yes, Norwegian does own carnival.

What Cruise Lines does Norwegian own? 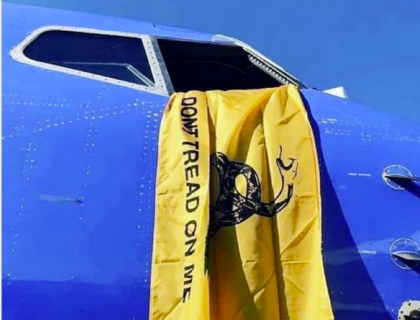 Are Southwest Employees Being Told To Lie In Response To Vaccine Mandates?